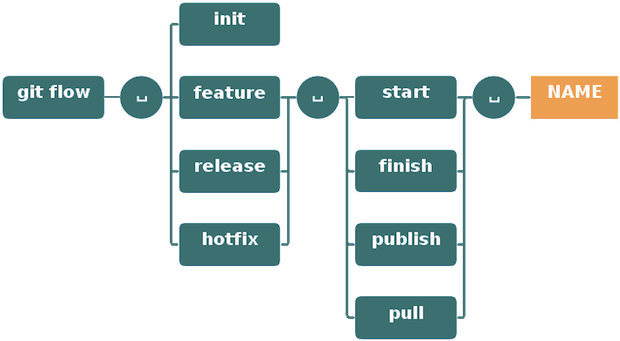 This is the production branch for live, released code. develop gets merged into master whenever you release. Do not work on this branch directly, your commits will always come via develop or hotfix. The master and develop branches are long-running branches and you do not commit directly into them.

This is the main branch for continuous development. All feature branches get merged into develop when they are finished

Every feature gets its own branch. Start a feature branch with

When done, close the feature branch with

When you finish a feature banch, it gets merged into develop. The finished feature branch itself is deleted.

Release branches are created off of develop, and merge into master as well as back-merge all changes into develop.

Start a release branch, updated the CHANGELOG.md with details of the release and finish it.